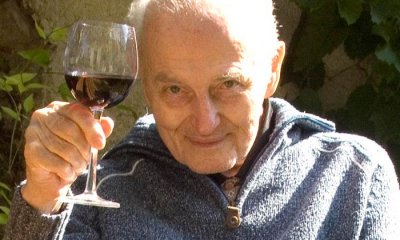 I was recently discussing social media with a friend in the antiques business looking for new ways to market online. Having just launched a new online store he was casting about for marketing opportunities to engage a broader range of customers beyond search marketing.

Facebook and twitter immediately came to mind. We eventually came to the conclusion that these channels might provide his business with an opportunity to engage a younger audience, both for the investment and aesthetic value of antiques.

While that's a great answer, one with the opportunity to create a significant market niche, I've had a nagging feeling we missed something critical in our casual dismissal of the typical antiques demographic.

It didn't take much to discover that, as in so many areas, baby boomers are hitting social media big time.

While most of the data shown relates to U.S. demographics, it's important to note that there are currently over 9,000,000 Australian Facebook users, over 53% of the total online population.

In January of this year, Australia was in the top 10 countries with the largest populations of Facebook users, but we've been outstripped by emerging markets in South East Asia, Indonesia and the Philippines, primarily.

A recent report on SFN Blog showed that women aged 55 and over are the fastest growing Facebook demographic.

Australia's own growth in Facebook seniors has been less sensational, but is also growing massively.

This shows a 155% year on year growth of Australian seniors actively using Facebook.

Image from Hitwise: the changing face of social networks

On Laurel Papworth's similar blog post, she noted that while Australians as a percentage of online population create more content compared to the U.S., seniors are (in general) consumers of content rather than creators:

American seniors use internet more, yet Australians across the board create more content – but there is still a massive growth in the retired demographic getting social here in Australia.

That last point should be a boon for internet marketers wanting to target baby boomers on social networks.

Anecdotally, both my parents are active internet users who have jumped on the social networking bandwagon at the periphery. My mother uses YouTube on a daily basis to provide her line-dancing practice videos. They are both avid GraysOnline shoppers - in fact, most presents bought over the last few years have been purchased online.

In itself that's hardly evidence of a massive potential market for seniors shopping online, however, I believe there's significant gains to be made in engaging this demographic.